Early in June, Calgary City Council tasked their General Managers with finding $60 million in budget cuts. The demand was expedited with all departments having just a few weeks to find these budget reductions. Local 583 Executive Officers met with some of the Calgary Transit leadership team to investigate whether Local 583 could help provide a solution. Not having all the intricate details of their operating budget, we really couldn’t offer a solution.

In the meantime, the Calgary Alliance for the Common Good (CACG), who we are affiliated with, held an impromptu meeting and the Keep Calgary Strong (KCS) coalition was formed. Local 583 was in attendance at the KCS inaugural meeting; arriving late due to other commitments. By then the coalition had already identified public transit as their pushback issue on the budget cuts. This made their campaign choice genuine for us. It is very likely our Transit Matters campaign had an impact and moved the issue to the forefront for Local 583.

It was announced that there would be a $9 million cut at Calgary Transit and it would be presented to Council. The Coalition and its allies showed up en masse to voice their opinion. Council shut them down saying there would be no public debate on the issue. The gallery at Council chambers was appalled. Sensing the floor of the meeting was perturbed on the Monday, the gallery was given the right to speak on Tuesday. KCS had pre-selected 3 key speakers to speak to the needs of all the citizens and their requirement for our public services.
Further, the Calgary and District Labour Council and the Calgary Coalition for Civic Unions, Calgary’s two Labour Coalitions, caucused to determine a strategy. It was decided the leaders of both labour bodies would speak to the cuts on public services in other City departments as Local 583 was already strongly supported by Keep Calgary Strong.
It was a long two days at City Hall and in the end nobody was altering Council’s direction. We will thank Councillor Druh Farrell for voting against the budget cuts.
The end result for our bargaining unit is a loss of 80,000 service hours mostly found by the reduction of weekend, night time and off-peak service. The Maintenance area saw all ten Garage Cleaner positions eliminated. Seven positions were redeployed to the servicelane or back into the accommodation stream. One chose retirement and two were laid off. The Office area was impacted with two lost positions, one Member chose retirement which saved a layoff and one Member was laid off. Access has found efficiencies in the operations contractors they use to help reach their budget reductions. A large number of positions remain unfulfilled to help complete the cost savings Transit needed to attain. For comparative purposes, our Sisters and Brothers in the CUPE 38 bargaining unit lost 58 jobs.
———-
Local 583 ratified a Memorandum of Agreement on August 15, 2019. We strategized with other Civic Coalition Locals to drag out negotiations while waiting for Calgary’s economy to improve. The economy has not recovered the way the City needed it to. Recognizing there were no gains left to be made at the table, the Memorandum was brought to the Membership. The turnout for both the Special Called Meeting and Ratification Vote were low. The result of the vote, not dissimilar to other bargaining units, was barely favourable. This should send a strong message to the City for the next round of bargaining which will likely start in late 2020. Thanks to gains made in other rounds, Local 583 Members are still leading or close to leading the nation in wages for many job classifications.

Local 583 changed our Bylaws effective January 1, 2019 to a percentage of salary instead of a formula for our dues structure. Generally, it will mean all Members will pay the same or less. This dues change has seen its share of difficulties getting to your paycheques. First the International didn’t receive the change, just the clean copy not identifying the change. Once approved it took over a month to get all the pay services staff in a meeting with Local 583 to deliberate on the implementation. More meetings were required, including a couple with Service Design. We also had to work through Summer vacations as well, further delaying necessary meetings. At these meetings we tried to come up with a way to cap Spare Operators dues at the 75-hour biweekly guarantee. Unfortunately, a program adjustment could not be implemented to resolve this. So, if a Spare Operator works the extra 5 hours of straight time in a pay period, which is not likely, it could mean a maximum dues amount of $35.97 descending to the 75-hour guarantee rate of $33.72. No more than $2.25 more. The new process will be in place for PP20 and should really show benefits to the part time and on call Members. They will now pay 1.25% of base wages instead of 1 hour of pay for working less than 70 hours bi-weekly.
———-
This year the Family Picnic was well attended with everyone having lots of fun and reporting back to us with good feedback overall. A big thank you to all Social Committee members who participated in making this event a success.
———-
Every year ATU 583 participates in the STARS fundraising event during Stampede through the Civic Coalition organized by IBEW 254 Business Agent Karen Stoshnof. The City provides two parking lots and Calgary Transit provides the buses for this endeavour. The public can park close to the Stampede Grounds at Manchester and are shuttled to and from the parking lot on a daily basis during the annual 10-day event. This service is well received by all. This year we collected a total of over $74,000 which will be donated to STARS Air Ambulance and the Calgary Worker’s Resource Centre. We’d like to thank the drivers who volunteered their free time for this cause.
———-
A reminder to make sure that your address and phone number are up to date with the Local 583 office. Member information is not always transferred to us when it is updated with the employer and for that reason we ask that Members be proactive in keeping their information current with the Union office. Family members of ATU Local 583 Members should also be made aware of Union contact information in the event that a Member is hospitalized or passes away. Letting us know as soon as possible assists the office in dispersing Member benefits such as fruit baskets or flower arrangements for hospital stays or the variety of benefits for families when a Member passes. Please ensure your family knows to get in touch with us, should something unfortunately happen. 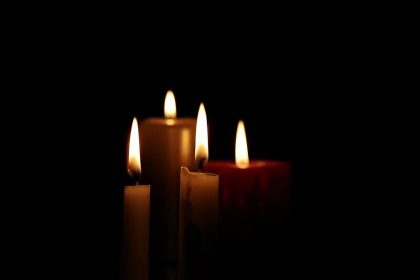 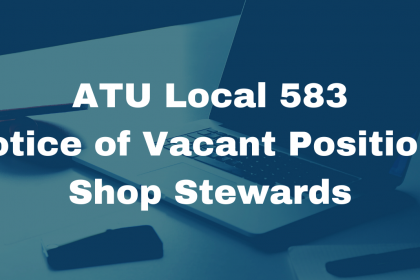 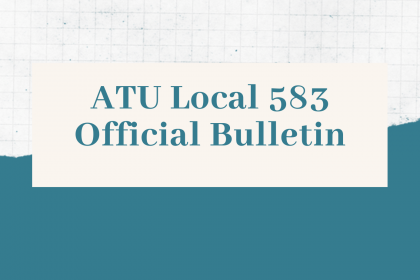 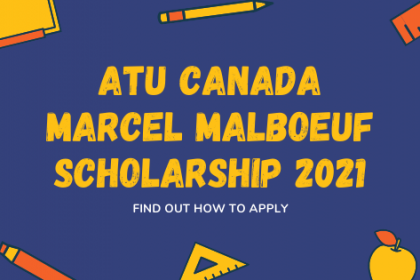 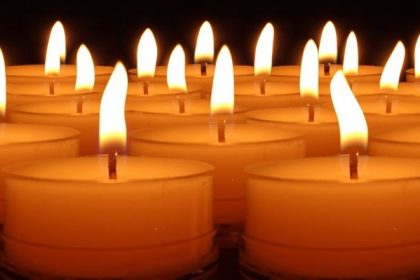 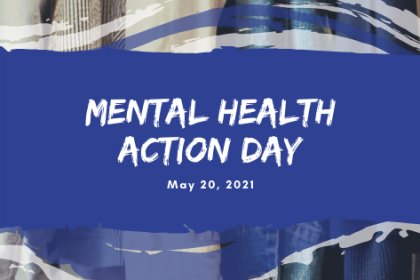 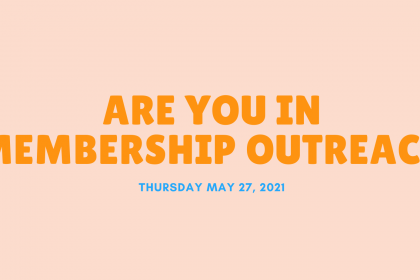 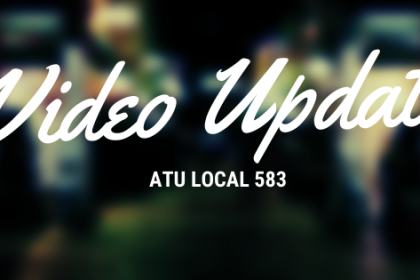