PRESIDENT/BUSINESS AGENT – RICK RATCLIFF
With the new Collective Bargaining Agreement on the verge of being reviewed for accuracy before it goes into print, it feels like the right time to explain the process called “Negotiations”. Using the current round as the reference I will describe the process as experienced by the Negotiation team which endorsed this memorandum to the Membership.

In August of 2013 the Chair of the Negotiations Committee mailed out a survey for the Members to fill out and return to the Union office by September 3, 2013. Approximately 300 surveys were returned outlining up to five contract concerns identified by Members as needing attention in this round, aside from wages (which were a given). On September 11, 2013 the Chair sent notice to the City to open negotiations.

The two Chief Stewards reviewed the surveys and compiled a list of Member concerns and ideas, noting wage increases were requested even though not required as a choice on the survey. The Negotiations Committee met to categorize and write up a document which for the most part was numerical in nature to match the Collective Bargaining Agreement articles. A special proposals meeting was called on October 30th, 2013 with due notice posted. The established proposals were presented to the 52 Members present at the meeting. New proposals from the floor were suggested and added.

With our proposals prepared Local 583 met with the City on November 5 to exchange proposals letting them know Union elections would impact the Local’s ability to meet. Once the election had been tabulated the City tried to get some meeting dates as quickly as possible. As the Chair elect of the Negotiations Committee I wasn’t comfortable meeting until the New Year when I was sworn in as your President. Our new Negotiations Committee were all seasoned Union Officials, but 4 out of 6 of the committee were in new positions. We stalled the process a bit to gain some comfort working together at that level, which put Local 583’s first bargaining session on January 10, 2014. This also gave CUPE Local 38 a chance to take the lead in Civic Negotiations, with them being the most experienced Union team in the Civic Coalition.

At one of our earlier sessions the Committee identified three omitted proposals from the initial exchange meeting and the City agreed to let them stand. Once the negotiations process has begun it would be deemed by the Labour Board “in bad faith” to change or introduce new proposals. This is a less than credible position to be put in should the Labour Board make this ruling against you.

As the CUPE Locals started to get close to ratification (after a CUPE 38 Strike Vote and 37, 38 and 709 going to mediation) the coalition agreed to fall in line with the City’s austerity position of a 1.8% wage increase for 2014. The trade off was arguably the best municipal/public sector wage increase over the following three years.

At the July 3, 2014 bargaining session the whole room felt we had come to a fair deal. Management had to review it with their Principals. The deal collapsed and we walked out of the room. I felt that Local 583 needed to tell their story to the Principals we suspected nixed the deal. The Director of Human Resources was unavailable, but the City Manager, Jeff Fielding, gave me an audience and we had a good conversation about the situation.

On September 16th, we met with the City and finalized a Memorandum of Settlement. The Negotiations Committee advised the City we would recommend it, realizing there were no more gains to be made this round without job action. And then would Local 583 be able to win the public debate that would ensue asking for more than our civic counterparts. We needed to find a hall that was suitable for a morning and evening meeting. The Red and White Club was secured and the meeting bulletin was posted on September 18 for the ratification meeting on September 24. October 2 was selected for the ratification vote. The vote was 8 days after the ratification meeting which would allow time for a thorough review as requested by the Membership in a Regular meeting in the spring. The City was approached to allow the vote on site and they approved, in both party’s interest. At the ratification meeting questions were asked if we had categorized the proposals on any sort of scale and why didn’t we ask for “such and such”. The answer on the “scale of importance” was “No”. To my knowledge this was not a past practice. Everything was important! And this view didn’t allow any special interest proposals to be held with higher regard if someone was able to influence others to the same viewpoint. On the “why didn’t we ask for such and such”, we put out a survey and held a proposals meeting; we couldn’t introduce new proposals after we had exchanged! The Membership had given the Committee direction almost one year prior.

The Local issued over 1,100 paper memorandums, posted it on the website and had the Negotiations Committee in the workplace to answer questions. From the perspective of the Negotiating Committee, who felt they were doing the right thing allowing the Membership 8 days to review the memorandum; we were broadsided by a hand bill and text campaign against the contract. No one on our team which has members dating back 34 years recalls this type of effort to reject a contract. These documents were produced in an effort to influence Member’s decisions. The sad thing is that most of the “facts”, numbers and comments were misrepresented through rhetoric, bad math and inaccurate statistics. The “It’s okay to say ‘no’” handbill has three paragraphs on wanting more money but then goes on to say a Collective Bargaining Agreement shouldn’t only be about money; dropping in 60 hour Operators (a multimillion dollar issue) and coffee money (likewise) for effect! It also mentions two CUPE 38 comparators which is unfair when we don’t know the history on achieving those working conditions nor the duties required of those jobs. The part 1, 2 and 3 text messages were additionally full of misinformation stating:
A) CS gets four way splits; no one has called the Union office about four ways in seven years.
B) The average city wage settlement was 4.7%; this could only have been achievable in the private sector and would have been more like 7% to bring the average up to 4.7%. We know the best contracts in the municipal/public sectors only came in at 3.5% and in very few cases.
C) ATU has given up language on bus cameras when in fact the opposite was true. A member was recently called in when the camera went off randomly and there was no discipline.
D) Our wage increase was about $3.60/day increase in year one when in fact a 75 hr Operator would be $4.30/day and a Journeyman 1 Mechanic would be $5.71 and all positions which pay premiums attached to wages would increase proportionately too.
It sure is easy to throw down when you don’t have to be accountable for your comments.
It is your Union representative’s job to enforce, protect and improve the Collective Bargaining Agreement. We ratified the contract with 64.5% in favour. Not a great number; a strong message was sent to both your Negotiating Committee and the City. Your Negotiations team felt there were no concessions and only gains in the new Memorandum of Settlement and if you don’t give up anything it is a good round.

EXECUTIVE VICE PRESIDENT/ASSISTANT BUSINESS AGENT – NEIL ARMITAGE
Update on CAD Radio System. We have had discussions with Darren Walker on how the system has 3 ways of communication built in. This came about when Brother Neil had a bus with a B/O radio and advised Control that he would wait for a change off or a handheld to be brought out. Their kneejerk reaction was to SPI him and bring out a relief with a handheld. We presented our position that he was within his right to wait for a change off or handheld due to imminent danger. Eventually they accepted this and in a follow up meeting they detailed their expectations of how the system should work when the radio is B/O. They maintained there are still two other ways to communicate with Control. The first fall back method would be to use the canned messages to request assistance and there is one in the maintenance category to report a B/O radio. The last step would be to use the emergency button to contact Control in case of an emergency. It was explained that the system would immediately show the GPS location and open a live channel so that the Controller can hear what’s happening on the bus.

Tania Fraser has invited us to the Control Centre to observe the system in action so Zul and I will go down to investigate a bus with a B/O radio. The intent will be to test the system to see if it works the way they say it will. We will update you next month if Calgary Transit does not.

FINANCIAL SECRETARY-TREASURER – ZUL VIRA
Social Club Discount Listing cards were issued from Local 583 as part of our 100th anniversary celebrations in 2012. The SCDL card has recently changed its name to Boom. You still get all the current perks with the card you have today labeled SDCL.
Boom is a reward with value. You receive member-only preferred pricing and special promotions on quality products and services available exclusively through a host of premium Boom Merchants. Learn where you can save on their newly launched website www.boomgroup.com
Boom would like to hear from you. Fill out the survey at the link below for a chance to win a one night stay at one of Banff Lodging’s resorts. www.surveymonkey.com/s/ATUMembership
The cost of Local 583’s participation in this program is approximately $16,000, so your input will help determine the direction Local 583 takes with Boom as an affiliate in the near future.

RECORDING SECRETARY – MAINT./OFFICE – BILL JOHNSON
The idea of contracting out is becoming more and more welcome by the City Council. Local 583 met with several Civic Locals and the Calgary District Labour Council concerning contracting out discussions within City Council approximately 2 weeks ago.

The City has undertaken a zero-based review process over the past couple years of all civic departments. It is no surprise that City Council has been experimenting with outsourcing civic services. One obvious example is the parks department; impacting our Brothers and Sisters over at Local 37. There are a few Councilors on the present Council that seem to think outsourcing union work is the right thing to do. It has been proven time and time again, contractors cannot compete with the work that our Members do.

It is every Union’s focus to protect our work at any cost. I personally have sat through the last three rounds of negotiations, and contracting out has been one of the proposals in each round, and for many rounds previous along with our Civic Coalition partners as well. Despite looking for some language on contracting out for our Collective Agreement, we were not successful in securing this language, although we provided samples of the lack of benefits in contracting out.

One example that I’d like to use; a bus that was involved in a significant accident and with needing it right away to “make commitment” Calgary Transit sends the bus out to Big Rig to get repaired. Once repaired the bus returns to Transit and before it hits the road, our auto body technicians have to do some additional work to the bus before it’s roadworthy. This in itself proves that our Members do the best work.

We need to prove to these Council Members who think it’s cheaper to outsource civic work THAT IT’S NOT!

For Your Information
-The Children’s Christmas Party will take place on Sunday November 30th, 2014 at the Red and White Club starting at 11:00 a.m. All signed up Members are welcome to attend.
-Retroactive pay will be issued on pay period 25, which is December 10th, 2014. 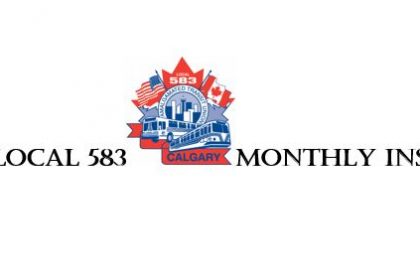 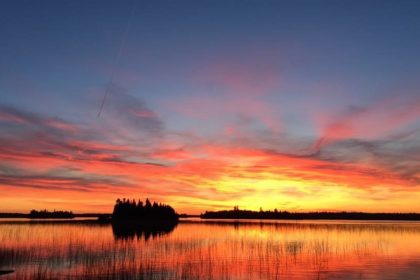 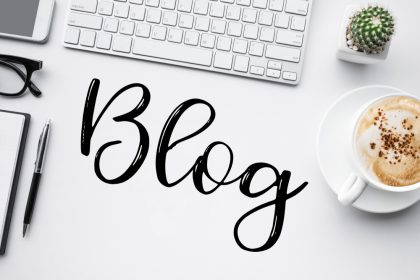 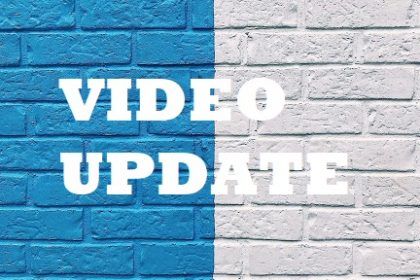 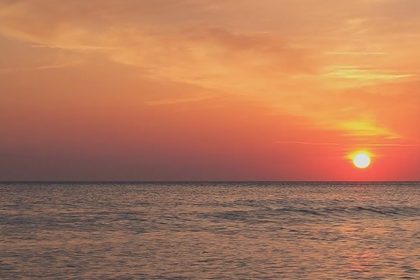 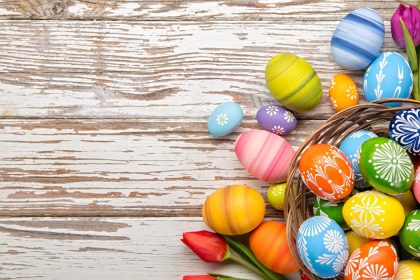 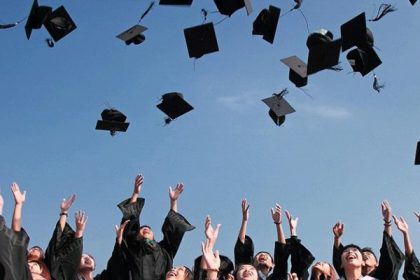