PRESIDENT/BUSINESS AGENT – RICK RATCLIFF
The Local’s Assault Awareness Campaign is coming into its own. At the October membership meeting the members approved an increase in the budget for this program. Trend Research then initiated a “call out” to our Local 583 members to recruit focus group participants, which according to Trend Research started slowly with few members wanting to participate. The focus groups are now full and scheduled for the week of December 15th.

Supplementing this process Local 583 had a conversation with Acting Manager of Operations, Brenda Keller, on the virtues of posting pictures of the assailant of Operator Duffy Curran from the cowardly assault at Somerset/Bridlewood Station. The next day the photos of this scumbag were posted at all Dispatch counters. Then the Executive Board brought a recommendation to the December membership meeting to provide a $2000.00 reward for information leading to the arrest and conviction in this brutal assault. Local 583 will continue to take action to help prevent our members from being assaulted.

Local 583’s posting boards have a bulletin hanging up that announces a proposed Bylaw change. It would be unfair to take a position in this newsletter about the proposed change, but what does need to be said is that a member, Tanner Leach, made this proposal of his own volition. The Local’s job is to post it as per the bylaws and see that it was submitted as per the same. The Proposed Bylaw change was read at the December 9, 2014 meeting and will be debated at the January 13, 2015 Regular Meeting. If you have an opinion on the proposed change please attend the meeting, have your say and make your vote count. This will be another example of democracy in action.

Calgary HandiBus has announced it will be taking a new direction in 2015. This direction will not include the operation of its fleet. With this in mind Local 583 contacted Calgary Transit Director, Doug Morgan to investigate the possibility of bringing the service delivery over to Calgary Transit. This idea was well received and all interested parties will come together in the New Year to try and negotiate a deal. In 2002 the “passenger agents” were moved “in house” successfully and this is something many operations members have wanted since and is a great opportunity for further success.

EXECUTIVE VICE PRESIDENT/ASSISTANT BUSINESS AGENT – NEIL ARMITAGE
This is the latest update on the progress of Bill S221 through the halls of government. The Justice Committee has sent the Bill back to the House of Commons without any amendments which is what all concerned parties wanted. Now it will be placed on the agenda for the third and final reading, probably at the end of January or early February, 2015 when parliament returns from the Christmas break. This should be law in the very near future and can’t happen soon enough.

Stiffer sentencing for assailants against Transit Operators is long overdue but the comment heard often is “that isn’t going to stop assaults”. This change in the law is meant to hold people accountable for their crimes but isn’t going to magically keep the Operator from harm. It’s still up to the Operator to make common sense decisions out on the road to protect themselves from potential harm.

In the Operator’s Rulebook under #804 – Collection of Fares it talks about “a reasonable effort must be made to collect a proper fare” but that “Operators shall not pursue fare disagreements with customers to the point of confrontation”. Both of these statements are ambiguous and subject to interpretation and offer you the choice to make a safe decision. From my point of view that means informing the passenger what the proper fare is, but it isn’t in the Operator’s best interest to demand payment when someone refuses to pay. This is a no win situation that can go sideways in the blink of an eye and no one should put themselves at risk of physical harm over the cost of a ride. Fare disputes are the biggest reason for assaults encountered today and can happen anytime, anywhere and no one can be faulted for taking the prudent course of action. Don’t feel pressured to enforce a rule that gives the Operator the discretion to avoid conflict. Hopefully my thoughts will give the membership some perspective on staying safe in the performance of their duties.

FINANCIAL SECRETARY-TREASURER – ZUL VIRA
Tis the season for great parties and the Annual ATU Children’s Christmas Party was no exception, it was a huge success. This year proved once again to have an overwhelming amount of participation and support. We would not have been able to accomplish this without the dedication of every member of the Social Committee and their families. Not only have they dedicated themselves to this particular event but have throughout the year in various events with countless hours of their time and service. For this we would like to thank you and show you our gratitude. We would not have been able to have such an amazing year without you all. We look forward to the coming year being bigger and better than 2014.

At this time we would also like to acknowledge the office staff for their ability to accommodate in organizing various Union related events. Thank you for being a key part in this process.

RECORDING SECRETARY – MAINT./OFFICE – BILL JOHNSON
There is an issue that is becoming more prevalent in today’s workplace that I feel I must address concerning conflicts amongst our members. Many years ago teamwork seemed so much easier than it is now; working together to achieve goals needs to remain our focus. Local 583 is receiving calls from members concerning member to member conflict or members running to Management complaining about other members.

At the beginning of this term, one of my personal promises to the members that I spoke with was to promote unity amongst our members, and I do work each and every day to try and achieve this goal. It is so important for all of us to work together to achieve goals.

The stress level in our lives today is much different than years past. I was taught when I was young to treat others the way I would like to be treated. It is certainly a good motto to live by when we are interacting with our coworkers and the public. All of us are unique individuals and everyone should be treated with respect.

When members are unhappy with someone else and choose to run to Management and lodge a complaint, Management has no choice but to investigate. Now begins the paper trail and in the end, no one wins. There are other avenues that can be explored, either by contacting this office or a Steward in your work area. We have the ability to resolve disputes so as not to escalate to paperwork being started. If we continue to work as a team, we can get some good results. Please keep in mind the old saying: There is strength in numbers!

HANDIBUS CHAIR – AB HUSKIC
The contract has been ratified and we will be receiving retro pay on the December 19th cheque with negotiated increases to follow. I know you are all wondering what will happen in our future and I just want to mention as I have been saying in the past weeks: this is a step by step process, please be assured that ATU is working on securing a transition to the City of Calgary. I know that we will have talks in the New Year and hope that we can agree on a process to bring us over to CT. We have the best Para-transit Operators in the city and likely the country and we don’t think the city would want to lose that. I will try my best to keep our members updated on events, good or bad, as they become available. It is very important to keep the communication going between the Local and our members. If I haven’t provided any information in awhile it just means there isn’t any new information. If you hear rumors please dismiss them and ask your Steward’s who should be informed or able to get clarification for you. Pat Pellegrino is back as the General Manager and I look forward to working with him and the continued good relationships with the established Management staff in these stressful times. We also say farewell to Zorana McDaniel this week as she will be leaving. I will try and keep giving information in ATU newsletters and will always tell you what I know at HandiBus Meetings. 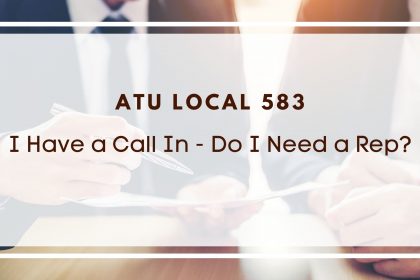 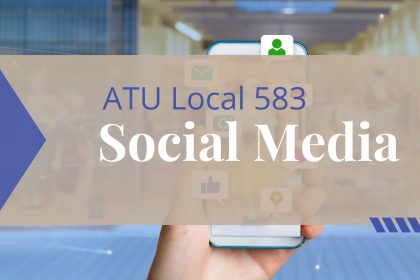 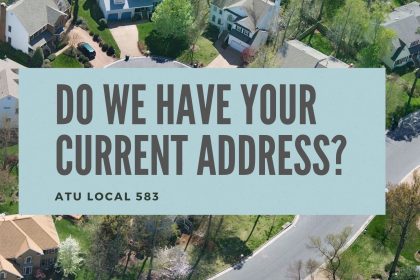 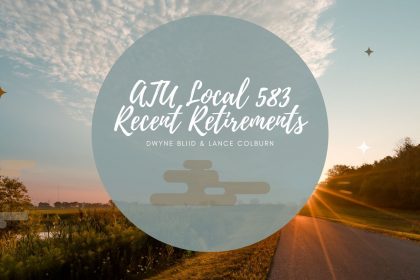 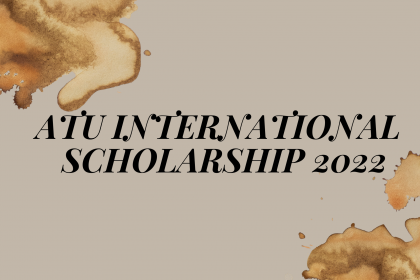